The Wyler Works: Tales of Being a Producer

Snacks, Standing, Safety, and Rules: The Woes of Producing

My family gives me a hard time as to what I do for a living,

“What does a TV Producer do?”

Lisa tells friends that it involves buying lots of snacks. And while yes, a good producer feeds his crew well, there’s a bit more to it than that. My two oldest daughters, who work in the medical field, say I work too many hours, so obviously they had no interest in following in my footsteps.

The world of making TV shows, promotional videos and TV commercials is that of “hurry up and wait.”  Hurry up to wake up (at 4 am many times), hurry to get on location and then wait. Wait. The wait can be for lots of things- talent, weather, noise, technical issues, location issues- just to name a few. Every shot on a show we end up doing has several angles and many takes in every scene and that takes time, lots of time!

My son says that all I do is “stand around and tell people what to do.” That DOES sound good, easy and bossy- in theory. But it really means that I have to make sure a bunch of things are right, many of which I have no control over but can only manage. They include: What the talent is saying, how they are saying it, good character development ( this is everything today on good reality shows.)Timing and accuracy- especially on car shows (like It’s How You Get There, which is currently re-airing on FYI Television Network and also available on Amazon!)

There are a million viewers out there who are going to let me know if I let ONE bad fact get by. I remember in an episode of “South Beach Classics” on Velocity, our star said that the base Mustang engine in 1967 was the same as another car in the Ford line up. I got hundreds of emails telling me how stupid our star was and how stupid I must be! Thousands of car facts right over 3 seasons and how many emails did I get about perfect accuracy? You guessed it, zero! 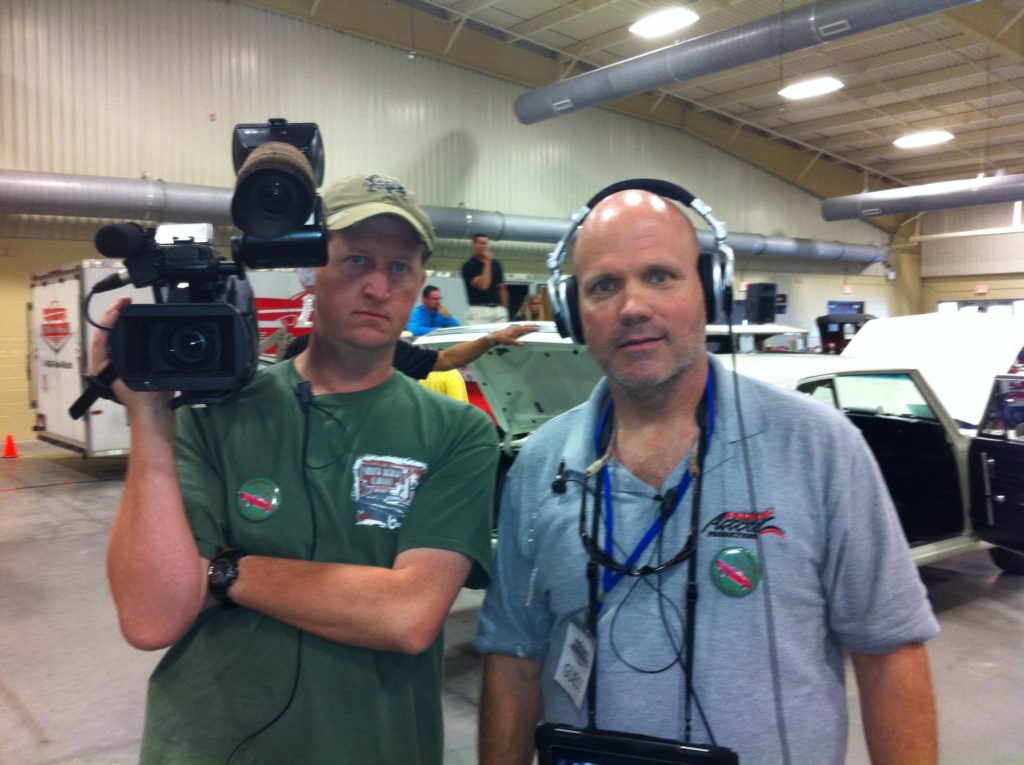 My face when I get fact checking emails from viewers

Ten years ago the audiences were more forgiving. At least in the house flipping space, I thought that the audience is all about the end look and wouldn’t care that our mortar was mixed with too much water- I was very wrong! Innovation shows, like Tomorrow’s World Today -whose second season we’re currently shooting, are even tougher because lots of cutting edge science have several ways to present the results, and science channel viewers are paying attention.

But  I think the biggest challenge to date was the combination of sports fans and foodies on our show “Jack of All Tastes” on “Destination America.” We had NFL players talking food and football with our host. The challenge as a producer is taking someone whose profession is very different from what they are talking about in the show. Our host and all the NFL players were great and, though not a ratings hit, it is one of my favorite shows that we do.

So back to the question of what I do as a producer of network shows? You can’t really nail it down. But what I would say is my most important job is crew and talent safety. For me, no shot is worth getting hurt and if it is a good shot, a good producer can figure out a safe way to capture it.

A good producer is respected but not liked by their crews. Respected for watching out for their safety, feeding them well and doing popular shows that they can be proud of. Not liked for being efficient and getting a full days work out of each day. DP’s don’t like rules and good producers have lots of them.

So what does a good network show producer do?