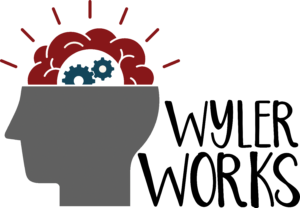 My brother and I grew up in the TV show and production business. Our father was an on-camera talent and a local personality. I still remember people coming by the house for autographs, which were secretly signed by mother when he wasn’t home. His last show in front of the camera was a dance show on Channel 51 in 1974 called The WylerWorks.

In honor of our father, I start my blog, The WylerWorks- a bird’s eye view of Accord. Every month I’ll be sharing some of my (infinite) wisdom as well as a look at what we’ve done, what we’re doing, and what we plan to do.

My brother and I carry on in the production field behind the camera rather than in front due to lack of talent… It must skip a generation! Accord Productions has always been three businesses in one to try to even out the revenue gyrations of the production business with steady income from corporate America and sophisticated consumers.

When we started, the three businesses were:

Film production brought big budgets and exposure balanced with big problems and a 90-day collection process. VHS duplication and professional format duplication was corporate work with 30-day terms and the film transfer business was retail with COD terms which are the best terms for cash flow.

Fast forward 31 years later and three revenue sources are still the goal, but the technology around them has changed as has the exact client who is paying. In place of Film production, we now produce scripted and unscripted shows with payment terms that we wish were 90 days! Corporate work involves not only shooting but complete packages with creative and storytelling at the center. And now everyone wants those VHS tapes converted into digital files- so that’s what we do.

Accord has been a part of the South Florida community since 1988, but we aren’t stuck in the past. When the technology changes- so do we. When the standards raise we elevate ourselves with them. I hope you’ll enjoy my monthly drawing back of the curtain giving you a glimpse at the on-goings of my company, our evolution and this wonderfully crazy industry. Stay tuned!